We should like to introduce you to Anita.
Anita is always great fun and is our chief quality control knitter.
She has been working with us since 2004 with a two year break in the middle to marry Suman Lama and to have her son, Aashushen.  He is now a wonderful happy seven years old and is class two in school.  Black Yak is paying for his schooling. 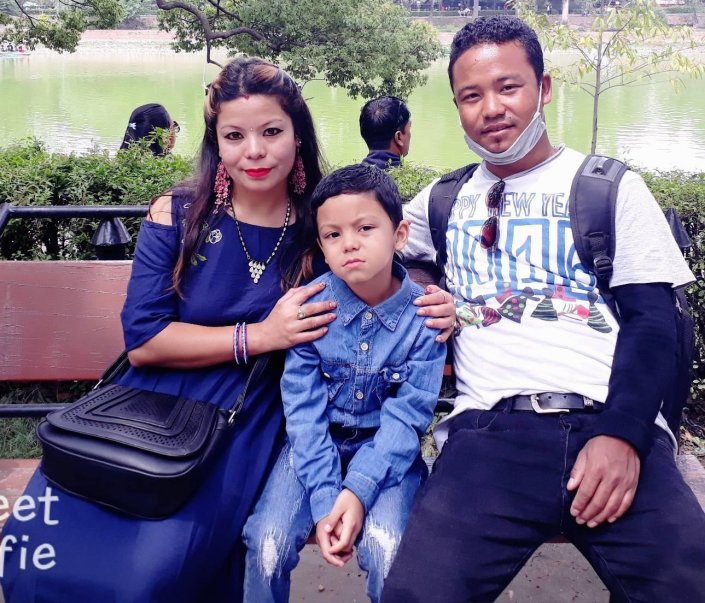 Anita came to us only being able to knit gloves and was sometimes so nervous that her hands used to shake so much that she could not knit.  She was a fast learner and soon became one of our top knitters and designers.  She is now in charge of checking other people’s work and showing them how to knit to Black Yak’s high standards.  Anita is a very important person to us and is one of my favourite people in Nepal. 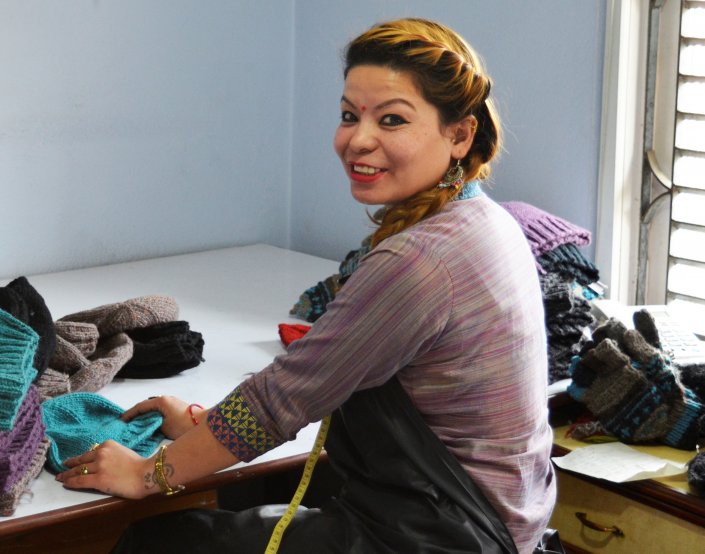 Anita had an inter-caste love marriage to Suman.  Yeah – you go for it Anita!  Suman has been working in Saudi Arabia as a cook for the past three years.  With the unemployment rate at about 40% in Nepal, working abroad is normal and some 1600 Nepalis leave looking for work every day.  Over 30% of GDP in Nepal comes from remittances sent from overseas workers and this is now really having an impact upon the economy with many villages now turning into small towns with private schools, clinics and shops.